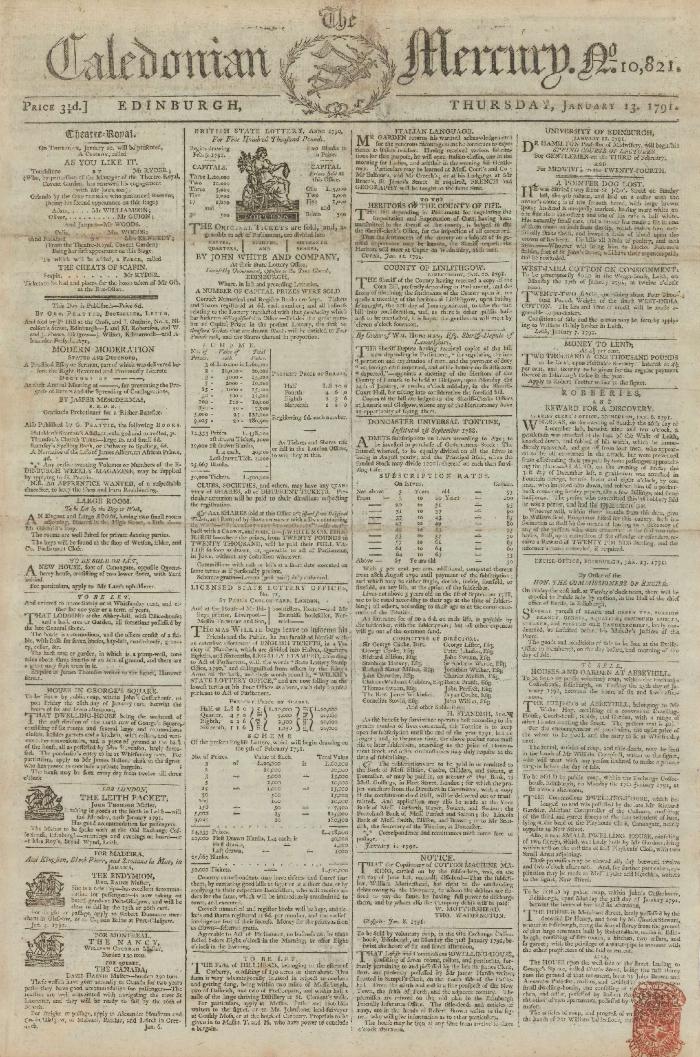 The Caledonian Mercury, no. 10, 821
Ask An Archivist
Order Reproduction
Comments and Tags (0)

Caledonian Mercury was the name of a Scottish newspaper, published three times a week between 1720–1867. Numbers published from 1800 on are available online for registered users of the National Library of Scotland website. In its final years it was published by Thomas Allan & Co from 265 High Street, on the Royal Mile in Edinburgh.

Historical copies of the Caledonian Mercury, dating back to 1720, are available to search and view in digitized form at The British Newspaper Archive.

Currently it is a Scottish online newspaper taking its name after its printed predecessor and the even earlier Mercurius Caledonius (1660–1661). Set up by Stewart Kirkpatrick (formerly responsible for The Scotsman website), Graham Jones and Tony Purcell, it launched late at night on 24 January 2010. It is supposed to "rarely cover breaking news, concentrating on analytical, discursive reporting".

Item is an issue of the Caledonian Mercury newspaper (1 folio, 2 leaves, 4 pages). Inside page details Captain George Vancouver's promotion to Master and Commander and the expedition of the Discovery, where it outlines their commission to survey the North-West coast of America.