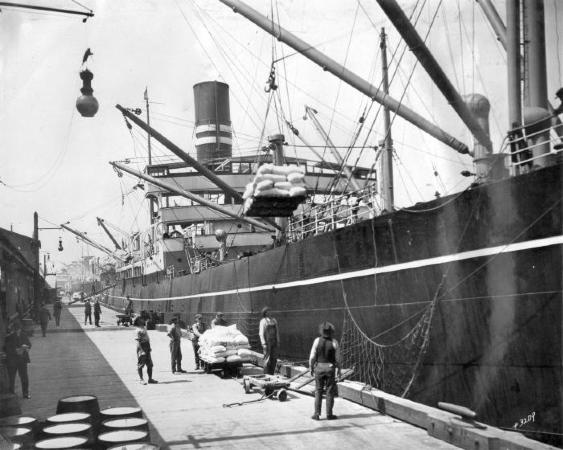 Placed in service on OSK’s Hong Kong-Japan-Tacoma route, Africa Maru carried many Japanese immigrants to the Pacific Northwest. From December 1929 - June 1930, her ports of call included Shanghai, Kobe, Yokkaichi, Shimizu, Yokohama, Victoria, and Seattle. In October 1941, she was requisitioned by the Imperial Army (IJA). She was converted into a troop transport and allotted Army No. 913.

On October 20th, 1942, US submarine Finback (SS-230), attacked a Japanese convoy off the west coast of Formosa and torpedoes army passenger-cargo ship Africa Maru and cargo ship Yamafuji Maru. Both ships remained afloat, but sank the next morning.

Africa Maru was carrying a cargo of rice and corn, 112 crewmen and 38 passengers including survivors of cargo ship Teibo Maru from Saigon to Moji via Formosa. Three crewmen were killed in action.