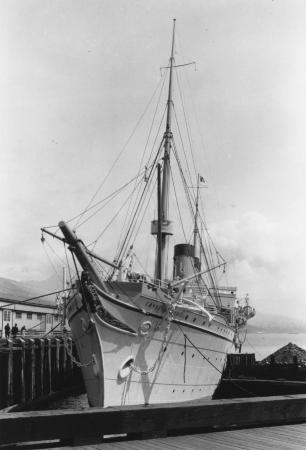 Empress of China
Ask An Archivist
Comments and Tags (0)

RMS Empress of China (I)

RMS Empress of China (I) was an ocean liner built in 1890-1891 by Naval Construction & Armament Co., Barrow, England for Canadian Pacific Steamships (CP). This ship—the first of three CP vessels to be named Empress of China—regularly traversed the trans-Pacific route between the west coast of Canada and the Far East until she struck an underwater reef and sank in Tokyo harbour in 1911.

In 1891, Canadian Pacific Railway (CPR) and the British government reached agreement on a contract for subsidized mail service between Britain and Hong Kong via Canada; and the route began to be serviced by three specially designed ocean liners. Each of these three vessels was given an Imperial name.